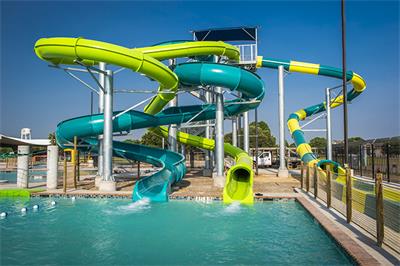 At present, a large part of the parks in the market adopt the combination of regional culture or the introduction of foreign culture to create theme parks. The theme park management is designed with a certain cultural subject as the center content, with amusement and viewing items as the main body, and is a place for people to relax and entertain. The theme is clear and the characteristics are distinctive. A mimicry landscape that can leave visitors with special memories. United states disneyland first opened up this form and with moving the development of theme parks around the world. Shenzhen splendid china, founded by china in 1989, created a small china theme park that brings together china’s scenic spots and traditional features. This marked the birth of theme parks in china and became a successful case. In central cities where modernization has developed to a certain degree, people are beginning to get tired of the hustle and bustle of the city. In order to return to nature and relieve pressure, people begin to embrace nature. Therefore, an ecological paradise with ecology as the theme has been developed. Ecological parks can allow tired people to experience the broadness of the original ecology of nature, and at the same time create some leisure and entertainment projects that are integrated with nature. In this way, people and nature are in harmony and unity, allowing people to release their pressure through the beautiful natural environment while entertaining.

2. Introducing foreign cultural themes. For example, the water park of chongqing caribbean sea world with the theme of caribbean culture set sail on June 10, 2009, which will create a precedent for water theme parks in china. Under the theme atmosphere, there is no shortage of thrilling large-scale water games oxfam, such as a batch of large-scale products such as slope slides, which bring new experiences to tourists.

3. Performance planning a theme, such as large-scale performance of real landscape of guilin “Impression” is a beautiful scenic Lijiang River Third sister liu song wei core project, served as the general director zhang yimou, which lasted three and a half made for completion. It combines the li river landscape, guangxi ethnic minority culture and the creation of chinese elite artists. It is the country’s first new concept landscape performance.
Water park management uses strategies such as this to attract a wide range of tourists, increase the visibility of its own amusement brand, and add icing on the cake to its park management. In addition, the four-dimensional integration of food, lodging, transportation and travel in the park is to provide tourists with a full range of services and convenience, which is also a major strategy for the park’s management.

4. radiate the market to expand business areas Some large group companies, while operating the park, slowly began to expand the market to other business areas, that is, the strategy of diversification (Strategy of  Diversification). This is also a major trend in international and domestic park management. Diversified management means that an enterprise maximizes the categories and varieties of products or businesses , cross-industry production and operation of a variety of products or businesses, expands the scope of production and operation of the enterprise and the market Plant resources, improve operating efficiency, and ensure the long-term survival and development of the enterprise.

Some typical cases in china are through the development of parks to drive the popularity of the surrounding market and get involved in the real estate industry. Because the establishment of amusement in a certain area has formed a certain scale of tourism resources, the surrounding market has become active and has become an area with development potential in a certain city, so it is a wise choice to develop real estate in this area. Due to the increase in popularity of the surrounding areas, the development of catering and hotel business goes with the flow, and continues to radiate outward from the center of the park. Tourism consulting agencies, including travel agencies, can be nurtured. By expanding its business areas, enterprises enhance their market competitiveness, reduce their single-industry risk rate, and maintain their market vitality. The famous oct oct group corporation in the development of tourism bred oct real estate, oct hotel, oct asia, and konka splendid china, the world’s window, happy valley, portofino, town of Interlaken oct hotel, a number of well-known companies and brands such as venice hotel and city Inn.

5. Create a reasonable park management model based on the regional situation. The most important thing in the park’s management is popularity, and how to attract local tourists and even tourists from afar. In addition to the establishment of vivid themes , it is necessary to formulate business strategies in accordance with local conditions during daily operations. Most likely to attract tourists with potential spending power.