There are five stages in the development of domestic water park theme parks :

The first stage is the swimming pool plus simple equipment stage. At this stage, on the basis of the founder standard swimming pool, some simple entertainment equipment, such as short water slides, were added with a small amount of investment to form the initial water amusement project.

The second stage is the amusement zone stage. During this period, the water theme park was based on the first stage of development. The playground area has been expanded, and the swimming pool has gradually developed into a special-shaped swimming pool. Develop simple functional zones: adult zone and children zone. Suitable children’s play facilities and cartoon image related designs are added to the children’s area, and slides and other amusement equipment are added to the adult area.

The third stage is the humanization stage of water amusement. At this stage, the area of the water amusement project is significantly expanded, and the design becomes more humane. In addition to the swimming pool and amusement facilities area, other functional areas: dining area, rest area, leisure and entertainment area and other buffer zones are added.

The fourth stage: the mature stage of the water theme park. At this stage, the theme parks are prominently positioned, supporting facilities and services are relatively complete, and the water park equipment has a combination of two and three levels. The theme park emphasizes landscape design and the integration of people and the environment. Its performance characteristics are large area, high project cost, and high technological content of amusement equipment.

The fifth stage is a brand new integrated water art. At this time, the water park injects the cultural soul, integrates elements from all over the world, and combines local elements at the same time. It is more prominent in park landscaping, expressive art, and themed culture, forming a panoramic architectural art. At the same time, the function is more complex, which has a huge pulling effect on the surrounding environment and business. The water park at this stage is not only an entertainment space, but also a landscape and architectural artwork. 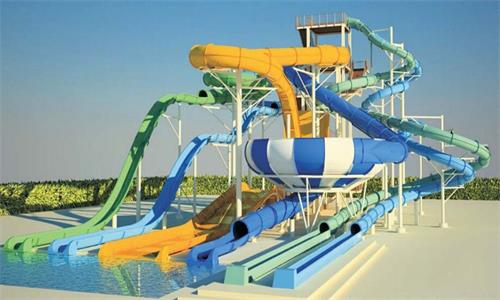