About the advantages and disadvantages of water parks 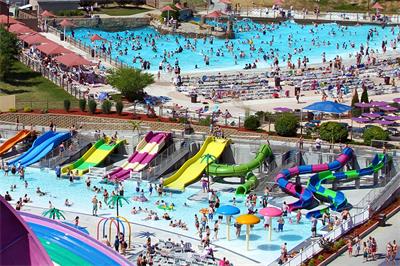 Water park is a large-scale tourist site and one of the popular theme parks. Most of the entertainment facilities are water-related and are recreational artificial tourist attractions. There are swimming pools, artificial surfing, water slides, wave pool, lazy river etc.

With the development of China’s economy, people’s income and consumption levels have increased significantly, which has promoted the continuous development and maturity of the tertiary industry and the tourism industry. As a kind of theme park , water parks have unique cultural connotations, technological The entertainment function has become the hottest star in the current urban tourism products. Almost every city with a population of more than 1 million is planning, launching or operating, and the overall trend is extremely hot.

From the 1990s to the beginning of the 21st century: The few water parks were mainly concentrated in the first-tier cities of Beijing, Guangzhou, and Shanghai, and had a period of prosperity. Nowadays, most of them are in decline due to the inability to adapt to the changes in market needs.

From 2005 to 2009, the area of water parks has shown an upward trend, and the development is relatively optimistic.

Since 2010, parks have been blooming all over the country, and most provinces and cities have successively had their own water parks. Large-scale, novel, and exciting are the characteristics of the development of water parks during this period. From a financial perspective, no matter what water parks have been launched in the past few years, no matter where they fall, their operating profit margin will not be lower than 40%. The profitability is certain. The question is how to achieve higher investment efficiency. .

The construction period is short and the payback period is short too.
The current water parks basically present the scene of “a sea of people” during the operation period. The construction period of a water park is usually only 0.5-1 year. Under normal operating conditions, the cost can be recovered in the first one or two years, and the profit will enter the third year. Some water parks with very good operating conditions begin to return to costs and make profits in the first year. The water park, which has been in a state of non-return, has a direct relationship with its investment planning.

As a new theme park, water parks can be integrated with other tourism resources, which can greatly promote the development of tourism in a region, and therefore receive the attention and support of government departments. As an emerging industry, under the current shortage of supply, the majority of developers are willing to invest in the water park industry on the premise of seeing huge benefits. 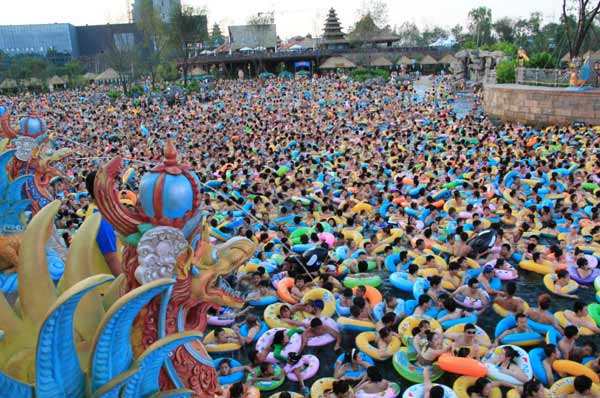 Among the factors affecting the profit and loss of water park projects, equipment accounts for no more than 50%. The more important factors are project investment planning, operation management and marketing. Investing in water parks must take a long-term perspective and develop a professional operation solution to make the investment risk of water parks smaller. However, due to the rapid development of the water park industry, there is a shortage of professionals and extensive management.

Many water parks currently being developed lack distinctive themes and cultural creativity. Project duplication, equipment stacking, planning, construction, and operation of water parks with real estate development and construction ideas and methods are far from the professional requirements of modern water parks, and it is the future 3- The main reason for the elimination of a large number of domestic water parks within 5 years.

Driven by market demand, water amusement facilities and equipment are developing in a higher speed and more exciting direction. Based on the analysis and statistics of the amusement equipment inspection data in recent years, it is found that a series of quality and safety problems such as incomplete qualification data and inadequate safety maintenance still exist. Once the water park has a safety problem, it is likely to cause the park to go bankrupt. The scientific, standardized, and standardized facilities and equipment need to be strengthened urgently.So, it is very important to find a correct and qualified waterpark equipment manufacturer with great after sale service.

What you should do after realizing advantages and disadvantages of amusement parks ?

As for the present feedback from African market, market of water amusement theme park is at the second period as China. More and more  local dealers from South African and North Africa and the international investors from European and USA are willing to invest aqua park projects. All want to get the first buket of gold and benifit during the advantage golden period of water park profit margin. 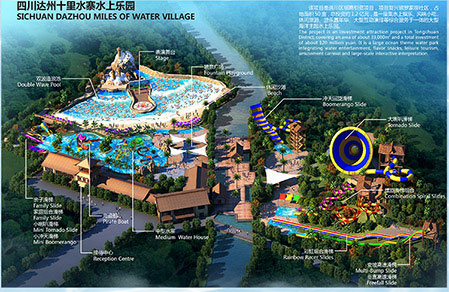 Lanchao Water Park Equipment Co.,Ltd has 12 years experience in manufacturing and installation of water park equipment and wins a lot of good reputation from plenty of successful water park projects. Scroll down to contact us to get a free design right now.